Skip to primary navigation Skip to content Skip to footer

Did you know that sharks and stingrays are related to one another? Sharks, rays and skates all belong to the same animal group called Elasmobranchii. Unlike bony fish, Elasmobranchs have a skeleton made out of cartilage and 5 to 7 pairs of gill slits that protect their gills from external stressors. In addition, Elasmobranchs differ from bony fish by having a stiff dorsal fin, lacking a swim bladder, having tooth-like scales that cover their bodies called dermal denticles and by reproducing through copulation. Elasmobranchs also have multiple rows of teeth that they shed and replace regularly.

Some of the more common sharks that inhabit our waters are: 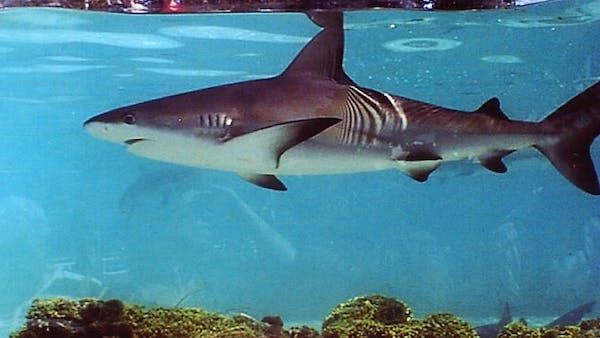 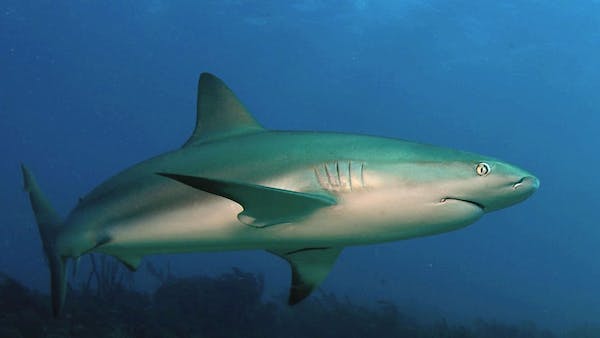 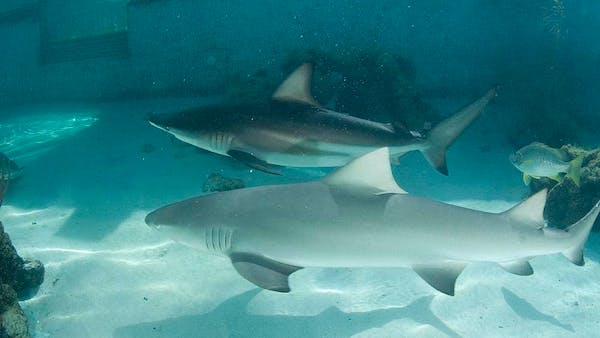 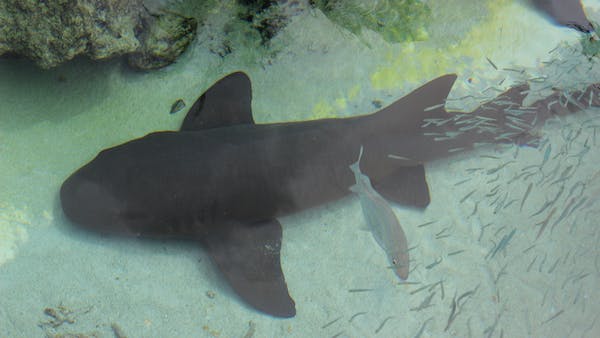 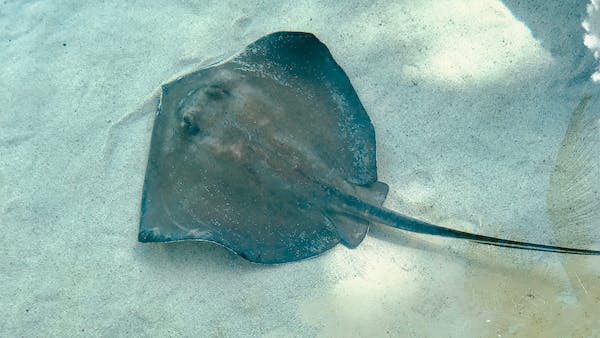 The rays we have on display here are all Southern Stingrays, the most common ray found in our area.  They are typically found on sandy bottoms or in sea grass beds, and as adults can reach 5 feet across (females—5’; males–2’ across).

Rays spend most of their time buried in the sand, with just their eyes and tail showing.  This helps to camouflage them from predators, but also shades them from the sun.  However, it does make it a little difficult for the rays to breathe, as their mouth is also buried in the sand.  The answer to this challenge is a small hole behind each eye—this is called the spiracle and allows the ray to draw water in over its gills so it doesn’t get a mouthful of sand.

Rays are closely related to sharks, and both have a soft flexible skeleton made of cartilage.

Unlike sharks, rays don’t have sharp teeth.  Instead, they have smooth rows of tooth plates that they use to crush or grind their prey.  Like sharks, rays replace their teeth regularly.  Their teeth do get worn down from crushing, as their favorite foods include snails, clams, shrimp, and worms, and sometimes-small fish.

Sharks and stingrays both have an excellent sense of smell, which helps the rays find food hidden under the sand.

The most notable feature of the stingray is the sharp venomous barb or stinger.  The barb is found on the top of the tail, not too far from where the tail joins the body.  This weapon is used ONLY for defense—rays are typically very gentle animals and avoid danger whenever possible.  The only real predators of rays are humans, which sometimes kill them out of fear, and large sharks.  Hammerheads have been seen using their broad head to pin rays down to the sand, and take bites out of them—and many hammerheads have been seen with a face-full of stingray spines from past encounters.

In order for the ray to be able to swing the tail effectively, it has to be pinned down—this sometimes happens if a person steps on one by mistake.  Again, the ray’s first reaction is to swim away.  It is painful for the rays to lose the barb, as it is ripped out of their own skin, and it takes several weeks to replace their defensive weapons.

The barb looks dark on the live ray because it is covered with skin, which is full of venom glands.  The venom is extremely painful, but not fatal to humans.  The edges of the barb are serrated so that when the barb is inserted it does not pull out easily.  The best way to avoid being injured is to shuffle your feet slightly when walking in shallow water.

The last thing I want to point out before we feed the rays is that while the tail is a great place to hold the barb, it is also very important for swimming.  The long tail helps to stabilize the ray during swimming, much like we put a tail on a kite to keep it from wobbling up in the air.