St. Thomas is home to all kinds of marine wildlife. If you visit one of our beaches, you may see fish, reef sharks, turtles, stingrays, or bottlenose dolphins. What you will not see are sea lions. There are no sea lions in the Caribbean, other than the four South American sea lions living at Coral World. 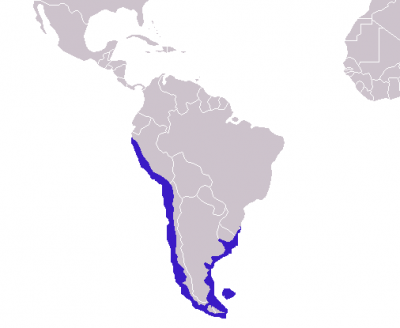 As their name implies, these animals’ natural habitat is South America, where they are found all along both the Pacific and Atlantic coasts. The species predominantly lives on the southern half of the continent. They’re not usually observed much further north than Uruguay on the Atlantic coast or Peru on the Pacific coast. Sometimes a South American sea lion will get a little lost and end up as far away from their natural range as the Galapagos Islands. Those that do end up that far north probably get a little confused, as the sea lions they meet there look a lot different! They are named, creatively enough, Galapagos sea lions. Typically, South American sea lions don’t ever see other species of sea lions in their home territory, so they only make friends with other types when they wander out of their natural range.

South American sea lions don’t really have any reason to leave their natural range, since all of their friends and family are already nearby. Sea lions like to live close to each other, which mean there are usually a lot of animals in one area. In fact, almost half of the global population of South American sea lions lives off the coast of Chile, and that population size keeps increasing every single year!

Enjoy a swim with our Sea Lions and learn more interesting facts on our Sea Lion Swim Program.