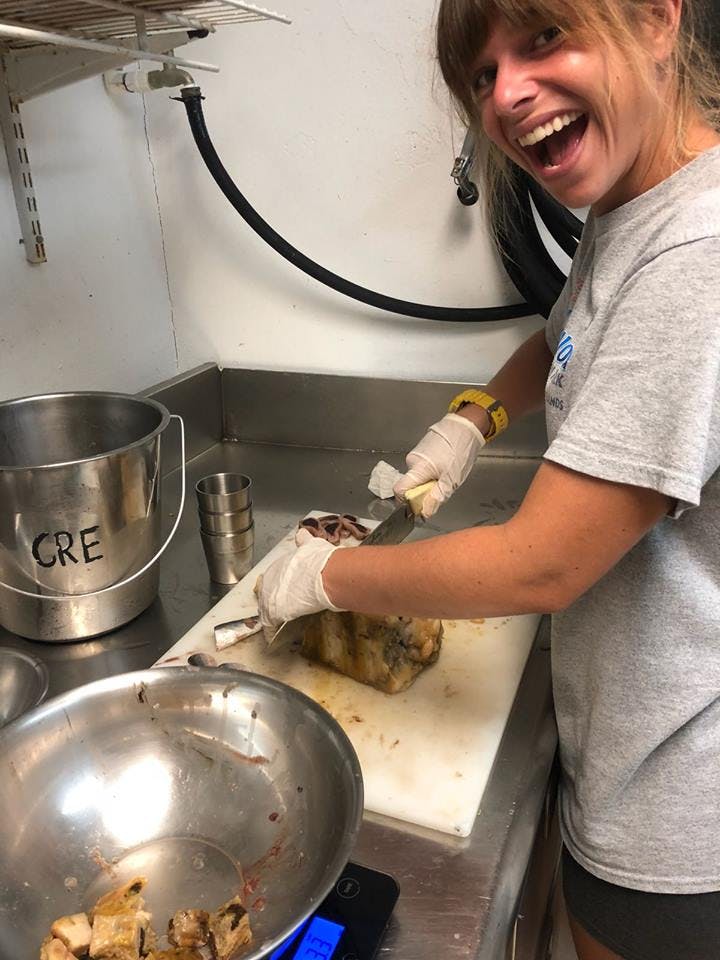 What is your name and where are you from?

My name is Caroline Emch-Wei and I grew up in Southern California. After that I went to school in Oregon where I lived for around ten years. 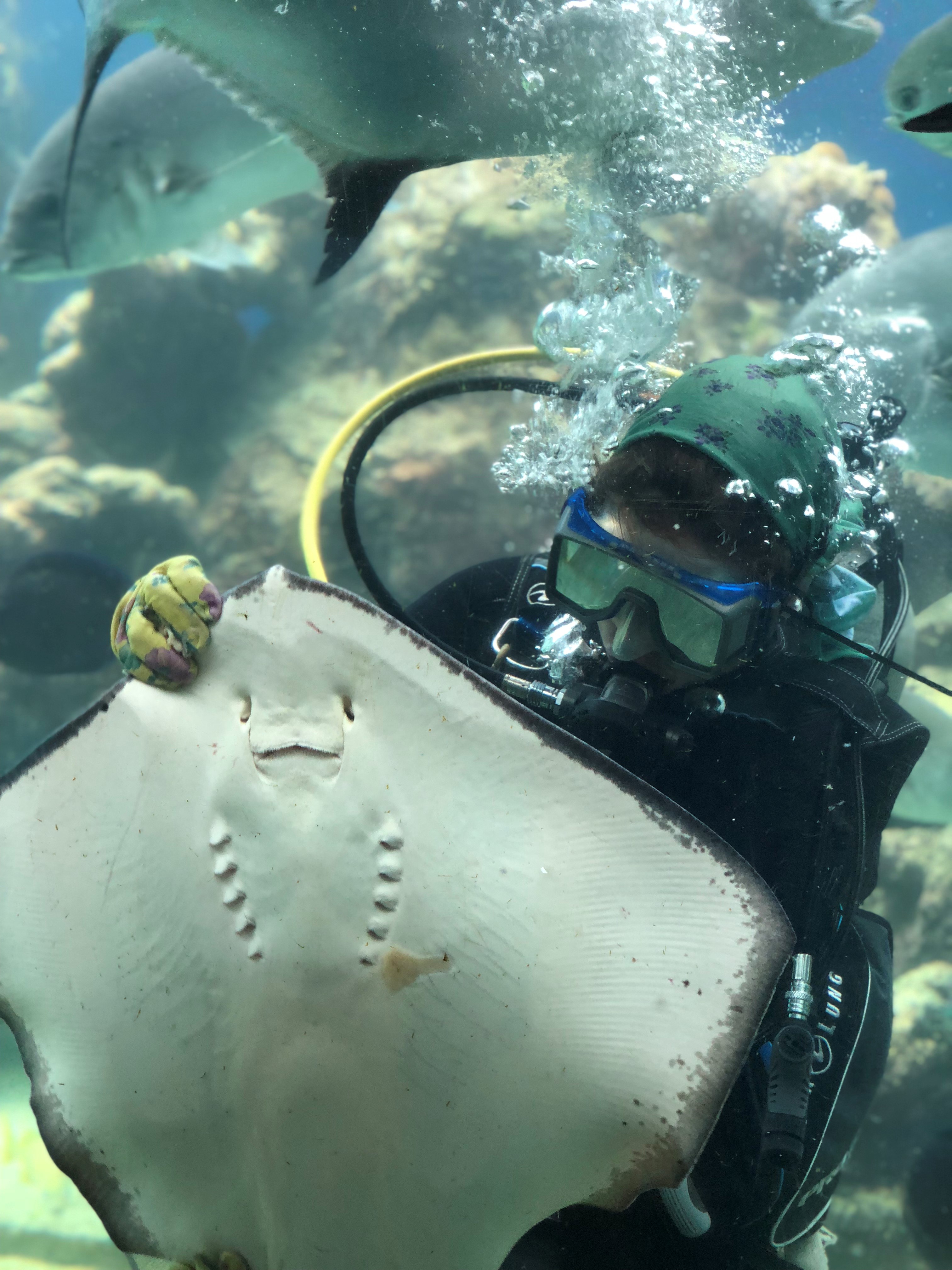 How did you end up working at Coral World?

Started my aquarium career at the Oregon Coast Aquarium in 2008. After that I worked at several aquariums with exclusively cold water species. After 10 years of freezing my buns off I decided to hit hard reset on my life and move in the tropics. I found Coral World’s job posting on the AZA website and the rest is history!

What is your favorite job to do at work?

My favorite thing to do at the aquarium is feeding and trying to befriend the fish in the Caribbean Reef Encounter especially the cubera snapper. They’re super smart fish who do form relationships with humans and can be trained. We even have a cubera snapper at the tower named Bonecrusher who already responds to commands. That’s my goal for the snapper in CRE. So here’s to hoping we get to be besties!

What is the grossest thing you’ve had to do? 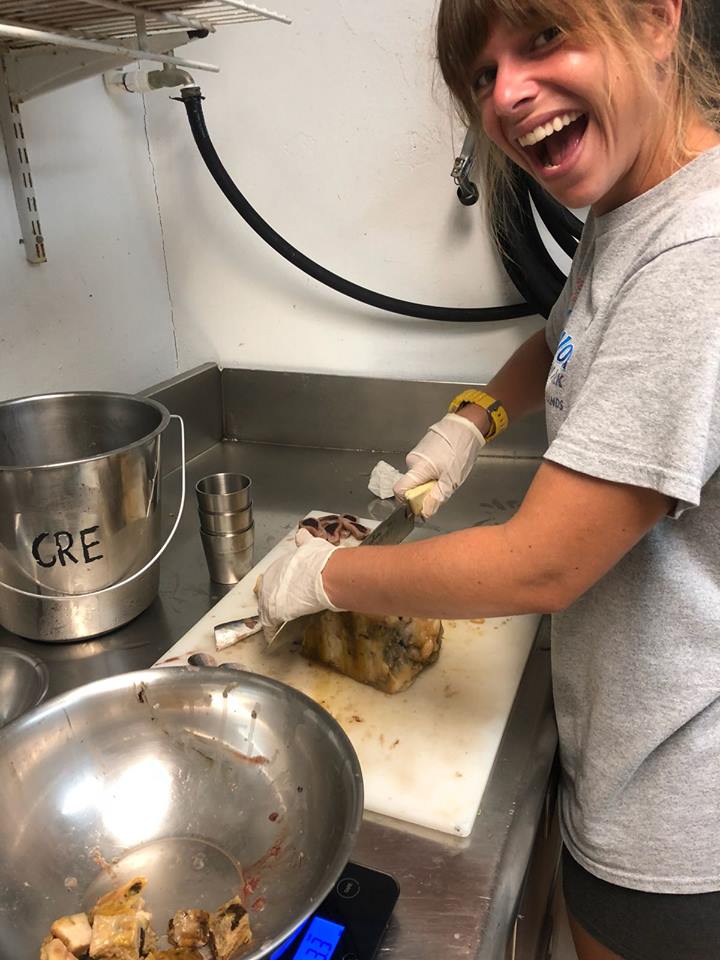 When I worked at the Downtown Aquarium in Denver I was in charge of the 150,000 gallon dining room exhibit. Everyday there were multiple mermaids shows performed in the exhibit throughout the day. These mystical, magical mermaids shed hair like it’s their mission in life. That hair then ends up on the drain screens and starts to clog the drains. Guess whose job it was to clean the screens? Mine. Now I deal with a lot of gross things, from feces to blood but human hair is by far the grossest. I gag when I’m cleaning my own bathroom drain.

What/Who is your favorite animal at the park and why?

Ooh… this is a tough one honestly. I’m not sure if I even have a favorite. If I had to pick though, maybe I’d go with the eels. Eels can be creepy to some but I’ve had eels that like to snuggle up in my dive gear and hitch a ride with me around the exhibit. I also love how they always look like they just told a cheesy joke and they’re waiting for a laugh. Honestly I make that exact same face a lot.

What would you tell someone who wants to work in the field? 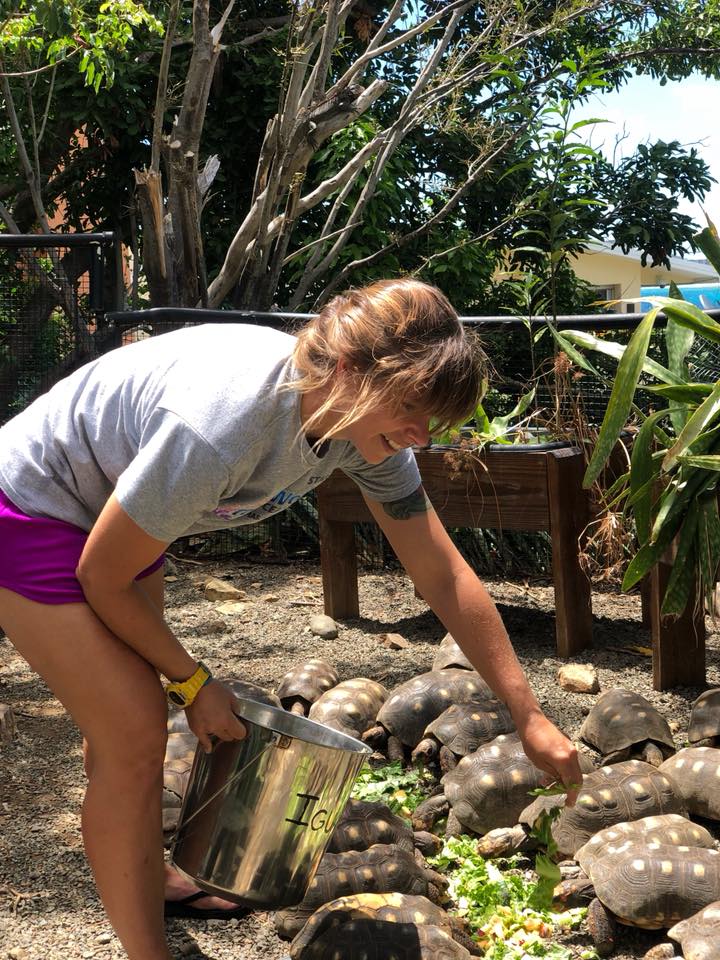 Be ready to be very poor but very happy. Everyday I have moments when I take in just how lucky I am to work with these animals. Some people sit at a desk all day! But getting into the field isn’t easy. I started out as a dive AND husbandry volunteer. I had to volunteer for years as well as get a B.S. in Marine Biology and a certificate in aquarium science to get a paid position. So, if you want to get into the field really commit to being a volunteer and/or an intern. Show them your interest and above all but self-motivated. Aquarist like me are always looking for volunteers who are self-starters since aquarist need to be. After all we mostly work independently from our co-workers. It’s a lot of hard work getting your foot in the door but it was so worth it. If you don’t believe me, go look at a picture of Dunkin’s adorable face again. Then you’ll get it.

If you could meet any superhero in real life, who would it be and why?

Ummm… I know he’s not a traditional superhero but I don’t care I’m saying it: David Attenborough. I honestly wish I could be him for a day. Travel around the world and make documentaries? That sounds awesome! He’s able to touch so many people and get so many people to care and want to conserve our natural world. In the times we live in where plastic debris almost outnumbers fish in the sea, we need more heroes like him. Heroes who can educate and point people in the right direction to help heal our planet. Now THAT’S a super power.